Ubudu is very proud to have been invited by the French President Emmanuel Macron to his first State Visit to China in January 🇫🇷 🇨🇳 . Ubudu was picked up as part of the Economic Delegation, which included a wide range of companies. Multinationals such as Auchan, EDF or Schneider Electric, were there mostly to sign multi-billion contracts. SMEs and even startups, including Ubudu, were there to sign contracts, and to incarnate the healthy economic relationship between the two countries.

I participated to the trip, and was honoured to speak about Artificial Intelligence in front of an audience of French and Chinese economic leaders, along with true academic and business-world AI experts. The level of the discussions was high, especially as it was facilitated by mathematician, Field medal winner and French député Cédric Villani. For Ubudu, AI is both a technique to produce accurate geolocation, and to exploit the generated data through learning mechanisms.

Also along with French Tech China representatives, I also spend some time with President Emmanuel Macron and Ministers (Bruno Le Maire of Economy & Finance, Jean-Yves Le Drian of Foreign Affairs, Dominique Vidal of Advanced Education & Research). There it was an opportunity to share what it means for a startup to make business in China, and share some messages to the government on how to help the next startups to succeed in such an endeavour. I personally insisted on how education and communication should be improved back in France, in order to make entrepreneurs realise that it is doable, that the business climate is friendly for them in China, and that the market demand had never been high for advanced technology solutions, even if local concurrence could be ferocious.

Overall it’s been a wonderful opportunity to meet  Chinese leaders such as Jack Ma of Alibaba, Richard Liu of JD.com, Bai Chunlin of the China Academy of Science, Wu Fei of Zhejiang University, Allen Guo of 2048 Capital, and many more. And of course French leader from economic, cultural, scientific and politic worlds, who participated also to the trip. I hope to have raised the awareness about what high-accuracy geolocation systems meant, and especially how they could help organization make their operations lean. 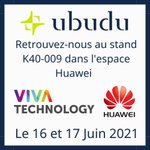 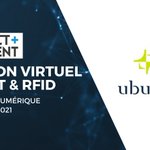